Just when you thought you'd seen it all in the world of trainwreck reality dating shows along comes Too Hot To Handle. 10 gorgeous singles off on a holiday to hook-up with each other soon discover the twist that if they want to win $100K they must keep their hands off each other!

Having watched the entire show I still don't know if Too Hot To Handle is the best or the worst reality show I've seen. Thinking about it though, I laughed so much that I'm going to review it through rose-tinted glasses. I confess I have never seen Love Island or Love Is Blind. This really was my first dabble into the world of beautiful people all desperate to hook up with anybody with a pulse. I loved it.

So what is Too Hot To Handle? Set in a private resort in Mexico, the show brings together ten stunningly good-looking people for some fun in the sun. The girls are gorgeous and model-like and they sure know how to work those assets. The guys are ripped and clearly spend a LOT of time in the gym working out. All are single and all are happy to jump into bed with anyone at anytime. And they all think they are there for a hedonistic four-week holiday where anything goes.

Except it doesn't. What the contestants on Too Hot To Handle don't know is that there's a twist. They can't engage in any sexual activity with each other or they will lose money from the prize fund of $100K. So can they keep their hands off each other or will the temptation to pounce on each other be too much?

Straight away a couple of the players are savvy enough to know that controversy brings more air time. And these clued in wannabe reality and Instagram stars are happy to oblige. Monitored by an AI called Lana, she misses nothing with her beady AI eyes so as the first hook-ups happen, she quickly deducts money from the pot – much to the annoyance of the contestants who are abiding by the rules.

Alongside the usual drama and dalliances, are the workshops that have been designed to hopefully instil some sense of personal growth into the group. Too Hot To Handle is trying to impart some wisdom about seeking out more meaningful worthwhile relationships over empty one-night-stands. See Dated & Related for a similar themed show.

It's admirable and does make for a good twist to the show. However, as vacuous as some of the group are they are still clever enough to play the game and ‘grow' as people – especially with so much money on the line. But does it matter? Not really. Too Hot To Handle is, at its core, hilarious. The cast are just mind-bogglingly dim. All the adjectives apply. Vacuous, self-serving, self-obsessed and vain. If they have personalities beyond that, the show well and truly edits them out. What you end up with is a group of people consumed with sex – talking about it, thinking about it even dreaming about it. There really isn't more to it than that.

That said, it moves along at a blistering pace, has enough drama and twists to keep you glued and has a brilliant, sarky narrator in Desiree Burch. She is genuinely the best bit of the show and her running commentary is laugh out loud funny and balances the whole thing out nicely. Don't take it too seriously because Too Hot To Handle is shallow entertainment at its best. It's just a fabulous trainwreck.

And if you want to watch more shows like Too Hot To Handle, then check out our list here. 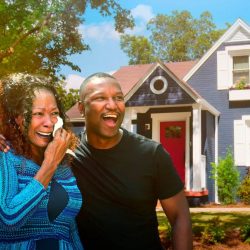 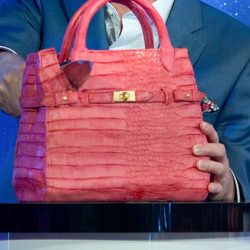 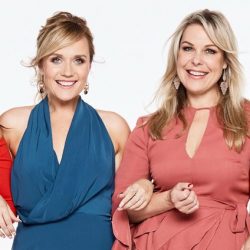