Netflix's new documentary series explores the disastrous 1999 Woodstock festival. The series interviews the key players involved in organizing the festival and those who attended. It's a fascinating look at how quickly things can go wrong when large crowds gather.

The original Woodstock event, which took place in 1969, was a three-day music festival that captured the zeitgeist of the 1960s. The festival brought together people from all walks of life in the name of music and love.

On the 30th Anniversary of the festival, Woodstock '99 was held in upstate New York. Unfortunately, rather than being a celebration 1960s peace and love vibe, Woodstock '99 turned into a trainwreck.

Why did it go so horribly wrong? This new Netflix documentary explores the reasons behind the disastrous Woodstock '99 festival and how it served as a sign of the changing times.

If you don't typically watch documentaries, have no fear, this one is highly entertaining if not a little disturbing.

The three-part series features interviews with people who attended, artists, and the event organizers. However, the most incredible footage comes from the MTV crew who covered the event for pay per view TV.

The 1999 edition of Woodstock featured some of the music industry's most well-known artists. Red Hot Chili Peppers, Rage Against The Machine, and Korn headed the line-up.

However, what was supposed to be a celebration of peace and love quickly turned into a nightmare.

The documentary explores the key issues that led to the festival's unravelling. A lack of security, poor planning, and over-commercialization being the main factors.

Even though the film does not whitewash the disgusting behaviour of some festival goers, it contrasts the negative events with those who still see the festival as the highlight of their lives.

IS TRAINWRECK: WOODSTOCK '99 WORTH WATCHING?

If you're interested in music, history, or just want to see a well-made documentary, I highly recommend checking out “Trainwreck: Woodstock '99“.

The documentary argues that Woodstock '99 was simply too commercialized. The prices for food and drink was sky-high, the organization at the festival site was poor, and a lack of security staff led to problems.

On the festival's first day, temperatures reached over 100 degrees Fahrenheit, causing attendees to become dehydrated and angry. This frustration boiled over on the second day, and the mood at the event started to turn ugly.

The film is a fascinating look at how Woodstock '99 devolved into a chaotic free-for-all of violence, sex, drugs, and destruction.

It's a trainwreck you can't take your eyes off, and it's definitely worth your time. 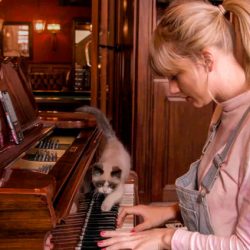 All Or Nothing: New Zealand All Blacks

Bobby Robson: More Than A Manager 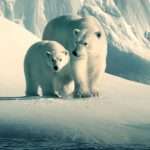