Trying follows Jason and Nikki and all they want is a baby, but it's the one thing they just can't have. So they decide to adopt in this very good British comedy-drama.

Apple TV is excellent at churning out shows with scripts that at least sound like normal people wrote them. Great examples include Bad Sisters and Slow Horses. And now we can add Trying to that list.

A comedy-drama created and written by Andy Wolton, Trying is directed by Jim O'Hanlon and stars Rafe Spall and Esther Smith.

But what is it all about, and is it worth watching?

What Is Trying About?

All Jason and Nikki want is a baby, but it's the one thing they just can't have. Now in their mid-thirties, they have tried IVF and have been told that pregnancy is pretty much never going to happen.

So, they decide to adopt. But the adoption process is long and difficult. Even with social worker visits, an adoption panel, mandatory lectures and classes, nothing is guaranteed.

Throw into the mix that both Nikki and Jason rent their flat in Camden, don't have particularly well-paid jobs and are in competition with other couples, who Nikki thinks are all better than them, and you have all the bones for a great comedy.

But even with their dysfunctional friends, screwball family and chaotic lives, they are ready to go headlong into the parental deep end and become new parents.

All they have to do is survive the whole process, occasional bad news and not get cold feet!

Is Trying Worth Watching?

Despite the show's theme, Trying is actually very funny. Rafe Spall and Esther Smith are perfect as a couple who love each other but want to have a child to round off their family.

But their insecurities, and wacky family members and friends, make for many funny scenarios.

That said, the theme of adoption is handled with a lot of care, trialling the ups and downs of a process that can test even the most resilient of couples.

You really feel for Nikki and Jason and root for them the whole way along as their story unfolds.

Trying is easy to watch, packed full of likeable characters, and brilliantly written. Nikki's joy and optimism are so infectious that it's hard not to love her and hope all her dreams come true.

How Many Seasons Of The Show?

Fans of the show will be delighted to hear that three seasons have now dropped on Apple TV+ and a fourth season is on the way.

Season one chronicles the couple going through the adoption process, hoping to be approved by the panel.

The second season picks up where the first left off and sees Jason and Nikki trying to be matched with a child. That child is Princess, but when it turns out she has a younger brother, things become far more difficult as they don't have room for two children.

The third season sees the extended family face the trials and tribulations that come with busier working lives, family issues and all while hanging onto their kids and their sanity.

The fourth season of Trying will air in 2023.

Imelda Staunton (The Crown) as Penny, the adoption social worker

Diana Pozharskaya as Sofia, a student who Jason teaches 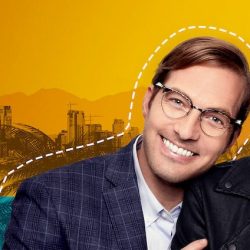 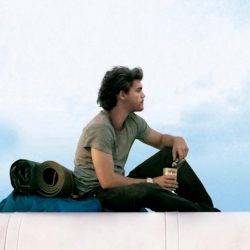