George and Linda are moving across the country but when they stop at a hippie commune called Elysium their lives change forever in Wanderlust, a truly hilarious comedy starring Paul Rudd and Jennifer Aniston.

Have you ever watched a movie so funny that you actually cried with laughter? If that's what you're after then check out Wanderlust starring Jennifer Aniston and Paul Rudd.

In fact, they are only two of the extremely talented cast that makes this film so darn funny.

The story goes like this. George (Paul Rudd) and his wife Linda (Jennifer Aniston, Marley & Me) are a Manhattan couple who have just bought their first place in New York.

It's tiny and costs a fortune but Linda is on the verge of a deal with HBO and George is in line for a promotion. But when Linda's deal fall's through and George faces sudden unemployment, the couple must sell up.

With nowhere else to go, they head to Atlanta to George's brother Rick (Ken Marino) and his wife Marisa (Michaela Watkins) for a new start.

But tired of the journey and needing to stop for a break they discover Elysium, a rural commune that welcomes them in.

They love it but continue on the Rick's and long story short, hate it at Rick's house and decide to give Elysium another shot.

How to describe Elysium?? This is a place where no rules or privacy applies. Free love rules and the dwellers do whatever they want whenever they want. It's a hippie fest.

And with the couple ultimately deciding to give their new life a go, things start off well. But George struggles to adapt in contrast to Linda who loves it and it's then that the couple must decide what to do with their future.

Do they stay at Elysium or do they go? In their way is Seth (Justin Theroux) who has his eyes firmly on Linda but can George convince her to leave or will Seth get her to stay?

Wanderlust is a lighthearted comedy that is so funny from beginning to end that you genuinely feel better for just having watched it.

Written by David Wain who also co-wrote it with Ken Marino, Wanderlust just throws everything at the screen.

But here is what you need to know…

If you don't like graphic nudity, sexual content, drug use or watching bizarre characters do stupid things then you won't like Wanderlust or George and Linda as they explore an alternative life together.

Wanderlust benefits from an amazing cast, packed with well-established comedy actors, who are just having a good time.

There is no plot because there really doesn't need to be. If you're looking for a cinematic masterpiece, this is not the film for you.

However, if you want to watch daft jokes, Paul Rudd trying to get to grips with free love and ultimately a funny story about one couple's adventure then Wanderlust is for you.

Where To Watch Wanderlust?

With an original release date of 2012, Wanderlust still stands up, even ten years later.

If you want to stream and watch it, you can find it on Netflix UK as well as other streaming services in your country.

Also, don't confuse it with another tv show, also called Wanderlust, that stars Toni Collette and was released in 2018!

Wanderlust benefits from some of David Wain's most confident assured work behind the camera but it's those in front of it that bring the fun and the laughs.

Ray Liotta as himself 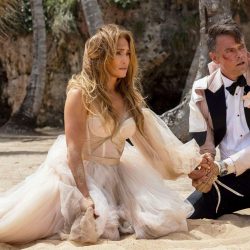 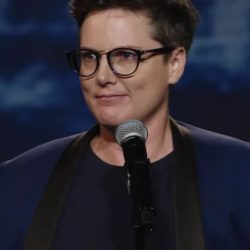