This amazingly deranged neo-noir comic book classic set the benchmark for the colossal wave of superhero movies that we have experienced in recent years. Simply, a super stylish and brilliantly character-driven masterpiece of this genre. A much watch for anyone who looking for something a little different from your usual Superhero flick.

Watchmen is the screen adaptation of the uber-cool cult graphic novel of the same name by Alan Moore and Dave Gibbons.

Published by DC Comics in 1986, Watchmen is the first graphic novel to be listed in Time Magazine's top 100 novels list. This intelligent, dark story is clearly targeted to adults and has been quoted as “the moment comic books grew up”.

The story is set in an alternate universe, drawing actual elements from our real-life history. We start off in 1985, Richard Nixon is still in power. Undoubtedly assisted by his use of the superhero team the Watchmen to win the Vietnam War.

However, Nixon has now outlawed the Superheroes and ceased to use them officially. The world is on the brink of an all-out nuclear war, Russia has amassed a ginormous arsenal of nuclear weapons in fear of Dr. Manhattan.

With the doomsday clock edging ever closer to midnight, the end of humanity looks certain.

So what about the Watchmen? Well, they have their own troubles. One of their original team members, ‘The Comedian', has been murdered. So, team member ‘Rorschach' seeks the rest of the group to find the killer.

‘Nightowl' and ‘Ozymandias' seem sceptical about ‘Rorschach's' theories. ‘Silk Spectre II' and ‘Dr. Manhattan' are too preoccupied to listen. However, as the evidence mounts, the Watchmen have no choice to come out of the shadows to stop their mystery murderer.

Director Zack Snyder is clearly a huge fan of the Watchmen graphic novels. His obsession with detail really shows here. He closely created the storyboards for the movie to match the original graphic novel. And he brought in Dave Gibbons as chief adviser to the film.

Watchmen has set the standard for all comic book films since. It placed Snyder as the go-to director for the DC Universe movies that followed, casting his magic on fantastic films like Man of Steel and Wonder Woman.

I am a big fan of Watchmen but there is a catch. It's an epic in every sense of the word and that includes its epic length at not far off three hours. But, that does not mean there is any shortage of content or low points in the film. In fact, quite the opposite, there's so much going on that all of your attention is needed right up to the final credits. Yes, it requires a hefty investment of time, but it sure is worth it.

All in all, Watchmen is for me a true masterpiece, of the flawed superhero genre. The whole cinematic landscape certainly seems to be dominated by Superhero movies since it was released in 2009. If you can go the distance and you like a good Superhero story then Watchmen should be top of your list. 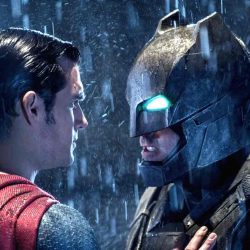