White Girl seems to have aspirations to be a snapshot of the trials and tribulations of a normal, young woman. The problem is that it doesn't land, isn't particularly engaging and all the lead does is snort cocaine. Not great.

The youth of New York City, like most major cities, have all manner of ways they can go off the rails. Sure a cheeky hit on the bong may be the start, but dabble further and things can get pretty dicey pretty quick. Extraordinarily quick, if you believe White Girl. A film about drugs, doing drugs, buying drugs, losing drugs, selling drugs, and lots of random sex in-between. Directed by Elizabeth Wood, White Girl is a movie loosely based on her own life.

Leah (Morgan Saylor) and her friend Katie (India Menuez) have just moved into an apartment and are getting ready for college. White Girl establishes immediately that causal drugs are a factor of their lives with a few hits on the crack pipe before cutting to Leah’s internship for a magazine. You might be fooled into thinking this will be an opportunity to find out more about her outside of chilling with friends and chemicals. Except in a blink she and her boss are in his office, doing coke, and pulling off clothes for quick physical thrills.

Wood shoots the movie with handheld cameras throughout which ensures that each scene plays out like you are a voyeur in everyday life. We virtually follow our character’s heads down to the table as white lines disappear up their nostrils. The dialogue is so naturalised and mumbled that the scenes have an ad-libbed quality. Such an approach makes for realistic conversations, certainly, but it doesn’t make for scenes with engaging hooks.

A few other characters are thrown in as the movie progresses. Leah invites the local friendly drug dealers into her place and quickly strikes up a sexual relationship with Blue (‘why do they call you Blue?’, ‘Because I’m always sad’). The catalyst that moves the narrative from just general casual debauchery to downward spiral is Blue’s arrest shortly after acquiring a large amount of cocaine to sell on the apparently affluent inner city clubbers that Leah introduces Blue to. From then on she is scrambling to get the money to pay a lawyer for him, whilst also trying to pay back the fearsome dealer that the bulk buy came from.

White Girl hits many problems in telling this tale. First off is that Leah is by far the least interesting character. Blue and his friends are genuinely nice guys, with an initial reluctance to leave the comfort of their street corner. More time spent with them would have helped give this movie more substance. Yet when it comes to Leah she never develops. “I like drugs,” she says early on, neatly surmising her entire character.

We see none of Leah’s life, personality, hopes, dreams, or fears. In most scenes she is snorting white powder at every opportunity. Even her dedication to get Blue out of jail lacks any grounding in reality when up until then he’s simply been a nice conduit for cocaine for her. Her frequent sexual exploits (both with Blue and without) are always gratuitous rather than insightful.

She racks up debts with the lawyer she can’t afford to pay (a measured and sneaky performance from Chris Noth, from Manhunt: Unabomber) yet when he waives the bill and invites her to dinner it is hard to ascertain whether Leah is switched on enough to see what is happening. The movie uses what happens next as the depths of her descent, but fails to give her any nuance other than a stick to hit events with so the shock is much less shocking that the movie thinks it is.

White Girl seems to have aspirations to be a snapshot of the trials and tribulations of a woman who is clearly up for fun and the darker paths she stumbles down as a result. But the movie is so enamoured with a cycle of drugs, nudity, sex, and more drugs, that it’s almost over before it remembers that there is any kind of point to make. Saylor plays Leah as so focused on pleasures that even when she is supposed to be worried or scared it only seems like a temporary moment of clarity before she sinks into a chemical haze again.

Arguably the only point that successfully lands is after Leah sits down to the first class of the semester apparently leaving the horrible summer experience behind her. Other characters get jailed, beaten, and their lives ruined. But Leah comes out a little shell-shocked but otherwise has no problem returning to normal life. So really Leah shows how white middle class privilege is the ultimate defence. 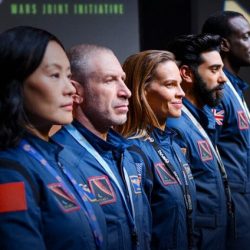 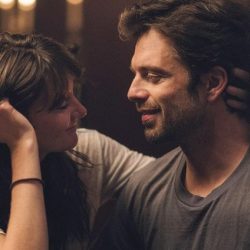 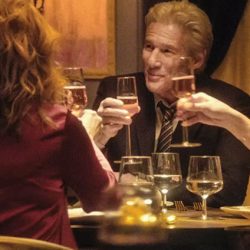