An excellent British crime drama set in Whitechapel, home of the infamous Jack The Ripper murders. A new DI must come to grips with a serial killer who is using history to inspire his murder spree. With a great cast and script this is a juicy crime show to get stuck into.

The London district of Whitechapel is infamous for being the area in which serial killer Jack The Ripper slaughtered his victims in 1888. Capitalising on this is Whitechapel, a BBC production that first aired in 2009 and is now available on Netflix. When a series of historically familiar brutal murders hit Whitechapel, whispers are that the Ripper has returned in the form of a deadly copycat.

The core cast is the main draw in Whitechapel which features some superb performances and character work. D.I. Joseph Chandler (Rupert Penry-Jones) is initially a fresh off the career mill Inspector. Fast-tracked for promotion, he finds his textbook smarts less effective when trying to rally a pack of seasoned coppers. He quickly butts heads with grizzled D.S. Ray Miles (Phil Davis) whose admonishments knock Chandler down several pegs. And both of them are helped/annoyed by an overly enthusiastic Ripper expert, Edward Buchan (Steve Pemberton).

These three characters form the core cast as over all four series of Whitechapel the crimes and format change. Initially concerned with investigating repeats of famous crimes, Series 1 (Jack The Ripper) and series 2 (The Krays) have three episodes each to dig into both the past and present day. Later, the show moves into three two-part stories where a gruesome crime is investigated but clues to cracking the case are deduced from historical reference points in similar cases from years gone by.

Whitechapel has a good lick of presentational style about it. Each story has a different title card sequence that cuts together contorted imagery and iconography as the plot progresses. The action regularly splices in distorted shots and sounds to unnerve and lend each tale an air of malodorous quasi-supernatural menace. This is especially so in season four when there is heavy implication of devilish whisperings in the ear stalking the team and their relations.

All of this is anchored by a fantastic core cast. Chandler starts as self-righteous and glossy, but as his passion for solving the crimes grows so do his pretentions get knocked down. Hints of an O.C.D. nature grow exponentially as he suffers more stress and before long he is glued to a lightswitch unable to turn it off the right way, and changing his shirt four times a day. After a rocky start, the mutual support between him and Miles forms a sweet and often funny unit where his gruff experience complements Chandler’s exasperation at his own shortcomings.

Squashed between Chandler and Miles, Buchan is always ready to blurt out an obscure historical reference point or blunder in with theatrical but naïve enthusiasm. Steve Pemberton (best known for The League of Gentlemen) gives each scene his all which plays up to Whitechapel’s reality/macabre mixture excellently. The rest of the police characters fill in with solid support slots such as no-nonsense autopsy delivering Dr Llewellyn (Claire Rushbrook), Jack the Lad sleeze ball Finlay Mansell and weasel-like praise seeker Emerson Kent. Whatever the crime may be, there is always plenty of good characterisation to fill in the gaps.

Throughout its short run, Whitechapel consistently delivered. Season four's dangling of demonic interference injects the kind of mystery that betrays a show that knew it was close to being canceled. It's a shame because it actually was canned and so the plotline is ultimately unresolved. But even with that there is plenty of solid entertainment in Whitechapel: a show brutally gutted before its time. Great for fans of shows like The Alienist. 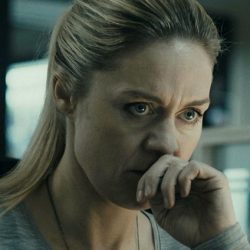 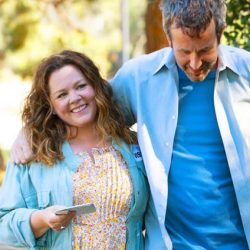 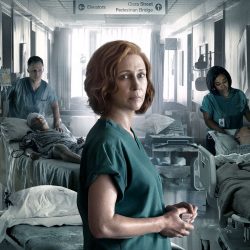 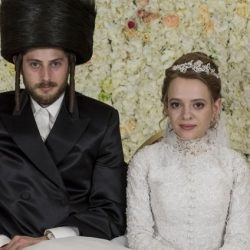