Insidious and hidden witches walk among us. Now it's time for Luke to stop their plan to kill all children once and for all. A timeless adaptation of the Roald Dahl best seller The Witches, with a perfect performance from Angelica Houston.

There are many Roald Dahl books that have been adapted into movies. If asked you would probably first point to things like Charlie and the Chocolate Factory, the BFG, or Matilda. One that is oft-whispered of by those it terrified at the time is the dark comedy, The Witches.

It was released in 1990 as a co-Jim Henson production. The movie follows a young orphan boy called Luke (Jasen Fisher). He, along with his grandmother (Mai Zetterling) stumbles upon a secret plan by the insidious and hidden witches that stalk among us. They lay in hiding in all places, almost impossible to spot unless you know what to look for.

They always wear gloves as they have hideous claws, they scratch their heads incessantly and they all wear wigs to hide their withered baldness. With no toes, they have to wear clumpy shoes, and you can watch out for the faint purple glow in the eyes. The terrifying Grand High Witch (Anjelica Houston) rules over them all. Then Luke overhears her plan to kill all children once and for all by poisoning chocolate bars with a potion that turns anyone who eats into a mouse.

So far, so Dahl. But what sets The Witches apart is it is genuinely disturbing. Anjelica Houston portrays the arrogant and evil Grand High Witch with total aplomb. She sneers and threatens in a powerful performance that is scary enough to adults, never mind the intended audience of children!

The Jim Henson element comes in during a shocking moment. Houston peels off her own face to reveal the warty and diseased looking visage underneath, complete with a huge hook nose. These scenes alone are worth watching the movie for. Houston lights up the screen in every scene she is in. Similarly, the animatronic mice are well done. There isn’t much to age the movie considering the special effects are all in camera rather than CGI.

Most of the movie is set in a traditional English hotel, managed by Rowan Atkinson. This allows for some comedic ‘snobby’ parts to be layered in nicely. However, there is little change in setting throughout. This is in contrast to other Dahl stories that are set in all sorts of wondrous places.

The child actors are rather brash but it works fine for the Dahl-esque larger than life approach. Especially when the adults are doing such a fine job. The camera work delights in skimming over low angles, tilting to maximise the revulsion of the witches, and filling the screen with cackling harpies galore.

The movie may be over 20 years old but it is an often over-looked classic that struck the balance between scary and engaging. I really doubt that, if released today, this movie would have got its current PG rating! It didn’t make much at the box office at the time (good luck marketing this!) but that was a crying shame. It’s short, fun, and for the most part, has a typical Dahl fatalistic approach. Adults are mostly unreliable so it is up to children to do what needs to be done.

The ending is somewhat of a tone breaker. Dahl himself disowned the film as he disliked the changed ending so much. But as much as it feels nonsensical and tacked on it doesn’t ruin the 90 minutes that came before it.

I distinctly remember being scared to the core when I watched The Witches as a child. And even as an adult it makes my skin crawl in places (locking children into paintings, anyone?). So whilst this underappreciated gem is on Netflix you should hide in a corner and watch as the masks drop to reveal the disgust underneath. 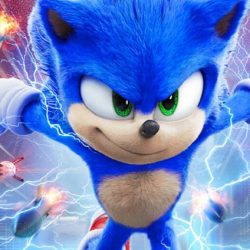 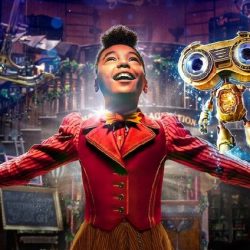 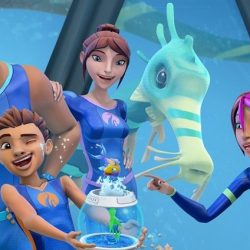