Three young backpackers set off on the adventure of a lifetime across the vast emptiness of the Australian Outback but things turn very bad when they meet a xenophobic psychopath who has taken an unhealthy dislike to tourists. But where do you run to when there is no one for hundreds of miles?

Wolf Creek is an ultra-violent terrifying tale that is set in the deep emptiness of the Australian Outback. It opens with the header “based on true events” but actually the story loosely mixes elements from the Backpacker Murders in the 1990s and the murder of Peter Falconio on the Stuart Highway in Central Australia 2001. This cult classic slash horror flick comes with a warning – don't watch it before going on a trip across the outback.

Australia is right up there on the top of the bucket list for young backpackers. It offers one of the most spectacular and diverse experiences found anywhere in the world. As the biggest island on the planet, it possesses a huge landmass but most of it is extremely harsh desert called the Outback. The vastness of the Outback is hard to comprehend. There are parts where you could be the only human being for a thousand-mile radius. The remoteness is quite scary on its own but how scary would it be if you came across a psychopathic serial killer who hates tourists?

As with all of the best horror movies, the film starts off with lots of fun and laughter. But as the three protagonists venture deeper into the harsh isolation of the outback the tension rises. However, nothing prepares the audience for Mick Taylor. A classic outback Aussie, who seems just like any other rough and tough bloke. But Mick Taylor quickly becomes one of the most terrifying film characters that has ever been created.

Writer/director Greg McLean pulled a real masterstroke by suggesting that the film was based on true events. The original story was more of a traditional slasher flick, but after seeing the media surrounding the backpacker murders he totally re-wrote the screenplay. By his own admission, his key aim when making the film was to scare the crap out of the audience. Even though it was a low-budget movie, McLean does an incredible job directing and it is hard to imagine the film being made better even with a big budget.

The cast is very small, however, the performance from John Jarratt playing Mick Taylor is by far one of the most haunting performances that you will ever see. Jarrett is amazing, giving a chilling performance that is totally convincing. Normal on the surface but what lies beneath is a monster and John Jarrett sure shows it to full effect.

Wolf Creek stands as one of the most iconic Australian films ever made. That is mainly due to its use of the spectacular Australian landscape and then exposing the terror of isolation in this vast environment. While its plot is very much predictable, the reality of such an isolated place with such evil hunting you has great impact on the viewer.

The one thing that stood out to me after watching this film. Was, I was very glad that I did not see it when I was traveling across the middle of Western Australia. Because it would have become a completely terrifying trip in a little campervan. Thinking that someone out there may be like Mick Taylor, he's no Crocodile Dundee. So, to wrap up, with Halloween coming up if you are looking for a truly scary, blood-soaked horror film to scare your socks off. Then Wolf Creek is just the film for you. 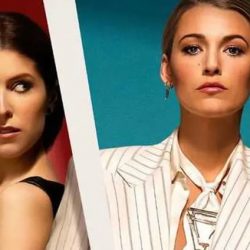