Do you miss Buffy The Vampire Slayer? Can’t get enough of Supernatural? Fancy a Western with a twist? Well then Wynonna Earp will be right up your alley. Based on the comic book series this western / horror yarn slowly finds it feet as a gunslinging delight.

Do you miss Buffy The Vampire Slayer? Can’t get enough Supernatural (even though there are a million episodes of it by now)? Feel neither is Western enough for ya? Well then Wynonna Earp will be right up your beer-soaked alley. Adapted by SyFy (and now on Netflix) from the comic book series written by Beau Smith, this western / horror yarn has a shaky start, but slowly finds it feet as a gunslinging delight.

The titular Wynonna Earp is the great-great-granddaughter of the legendary Wyatt Earp. He dispatched 77 criminals either by killing them himself or being responsible for their deaths by other hands. Set in the town of Purgatory, but more widely in an area around the Canadian Rockies referred to as the ‘Ghost River Triangle’, these 77 criminals have been reincarnated as demons. Or ‘revenants’ in the show’s lingo. They can only be sent back to hell if shot in the head by Peacemaker. That can only be wielded by the oldest descendant of Wyatt, currently Wynonna. But if the heir gets killed then all the revenants resurrect again when the next heir turns 27.

So far, so standard. The set up allows for a good ‘monster of the week’ feel. But of course the show is only going to get sold on the strength of its characters. The wider cast is rounded out by: Doc Holliday (Tim Rozon from Schitt's Creek), who has mysteriously survived these past 150 years trapped down a well. Xavier Dolls, a special agent with the Black Badge division of the U.S. Marshalls tasked with containing supernatural threat. And the younger Earp sister Waverley who is extremely knowledgeable about Wyatt Earp history. The Ghost River Triangle acts as a magical barrier. It keeps the Revenants in, but also allows the show to explore spooky forests, barren salt plains, frozen lakes, and dust-bitten streets. Wynonna Earp may be setting locked, but it varies itself well.

In truth, it takes rather a few episodes for the show to stop shouting its truncated shorthand at you. Episode 1 is an attitude spitting hot mess. The episode screams ‘pilot’ because it races to get through all the exposition. It simultaneously introduced Wynonna as a sassy force to be reckoned with so ham-fistedly that I began to worry what I was in for. Wynonna Earp skipped town years ago and is only back because of her recently deceased Uncle.

Almost everyone in the town has a grudge against her for her past wild behaviour but this is just the script’s way of repeatedly hitting that character bio nail into the wood. She drinks too much! She’s in your face about sex! She’s bad! But she has a good core! We have a female lead, people! Episode 2 settles down a little but still feels the need to plonk such groan worthy lines in Wynonna’s mouth as “I never blow jobs without a please first.”

Really it isn’t until around Episode 4 that we stop getting sandblasted with character sound bites and actually relax into the show’s tantalising premise. Whilst most of the revenants that Wynonna has to return to hell are average criminal Joes, some are particularly magical or vicious. One can emerge from any reflection (for clever reasons later revealed) to kill anyone who has not obtained forgiveness from someone they wronged. ‘Jack’ is a master of knives (plenty of surgery yuck there) and general leader Bobo Del Ray (excellently threatening but also thoughtfully performed from Michael Eklund) has telekinesis that makes him virtually unstoppable.

Whilst the bulk of the baddies are a somewhat tone-deaf trailer trash, the capacity for the show to fill its monster of the week boots is well done. Wynonna wisecracks, kicks ass, blasts with Peacemaker, and slowly grows as a character as the show progresses. ‘Make your peace’, she says with increasingly solemnity when besting a foe. It is never quite clear how strong the revenants are supposed to be, and whether Wynonna’s fighting prowess is down to her suddenly inherited bloodline curse (like Buffy) or simply her own skills.

When freed from the shackles of dialling everything up to 200% to establish character, Wynonna (Melanie Scrofano) goes from over-compensating to questioning her own bloodlust in a well paced arc. And whilst the revenant battling gives her purpose, reconnecting with her family is the welcome emotional core of the show. The series has some of its better moments when the two sisters get past the bluster to have the occasional real talk. Wynonna’s vulnerability is delivered with weight without being too melodramatic. Scrofano’s strong performance is a very consistent delight once the show finds its groove. Her dialogue goes from wince-worthy to genuinely funny, which has everything do with Scrofano imbuing the character with much needed self-doubt.

Waverley Earp (Dominique Provost-Chalkley), also suffers from a script that initially doesn’t know where to peg her. Angelic? Naive? Jealous? Swot? Eventually she settles into knowledgeable emotional support. She also swiftly gets delivered in a gay romance plot that at every point feels like it will get going properly in Season 2. Her love interest, Officer Haught (say that out loud now) is introduced during a literal wet t-shirt issue in a sequence that is hide-behind-the-sofa cringeworthy, and has no character beyond ensuring Waverley has a lesbian awakening. Unlike Buffy’s Willow / Tara plot which grew slowly to the point of Willow’s, “I think I’m gay” revelation, Waverley’s switch is immediate by sheer virtue of being lusted after. Wynonna Earp can’t be bothered with the leg work, so this sub-plot feels like just getting the ducks in a row for later development.

Despite a multitude of plot holes and threats raised as extremely important only to be dropped again (the Stone Witch barely has chance to seem dangerous before being hobbled, and a corrupt judge is casually called ‘a child molester’ but then not see again until later episodes so apparently that wasn’t too important then), Wynonna Earp’s genre mashup has plenty of fun and intrigue. Doc Holliday’s booze swilling, revenge seeking, southern drawl is a delight in every scene even if his ‘double agent’ to and fro gets a bit tiresome, and while Black Badge agent Dolls (Shamier Anderson) is bland to the point of invisibility in the first half he livens up considerably as his connection with Wynonna strengthens. By the back third of the season there has been questioning of the status quo, gruesome murderers sent back to hell, and hints of greater threats to come.

I left Season 1 of Wynonna Earp sold and itching to watch season 2 with a very strong suspicion that it will build well on these foundations. Make your peace, as this is a show that will shoot you down. 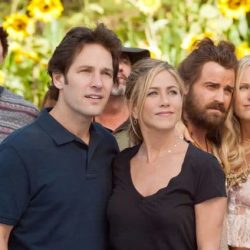 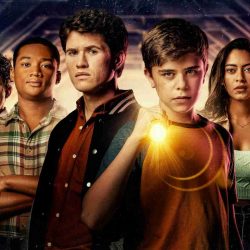 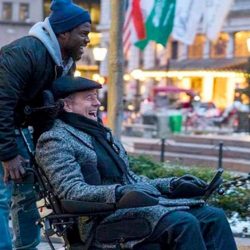