Winter is Here!!! Check out the final trailer for Game of Thrones that HBO has just released…

Game of Thrones fans are frothing over the upcoming final season. We have kept a close eye on all the new updates – read the review for the release date here. HBO has kept everything under tight wraps, so when they do let any information out it has maximum effect. They released the Official Season 8 Trailer less than 24 hours ago and at the point of writing this, it is sitting on nearly twenty-one million views! 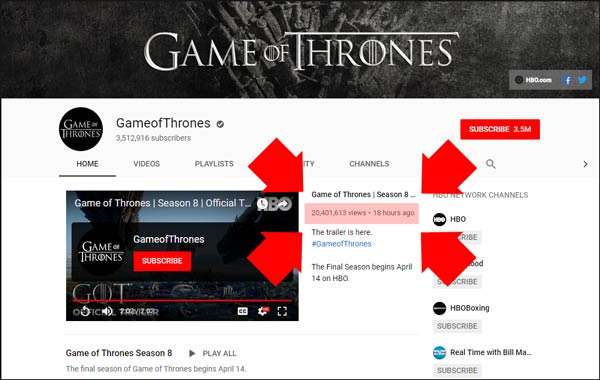 Now we all knew that the climactic final episodes would need to have some awesome fight scenes. But it is clear that even the stars of the show are shocked about how difficult they would be. Filming has been taking it's toll and Kit Harington said that his co-stars were “Broken” after filming. Lena Headey appeared on Good Morning America, admitting that lots of the cast have mixed emotions about the shows ending.

One thing is for sure, the new trailer looks fantastic. This is going to be an amazing conclusion to this epic story – here at Nextflicks.tv we can't wait.